THREATS OF JAIL TIME FOR NOT TAKING THE COVID JAB 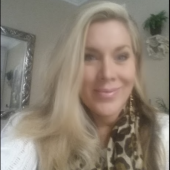 STEVE BANNON’S WAR ROOM, General Milley Must Be Brought Before A Court-Martial